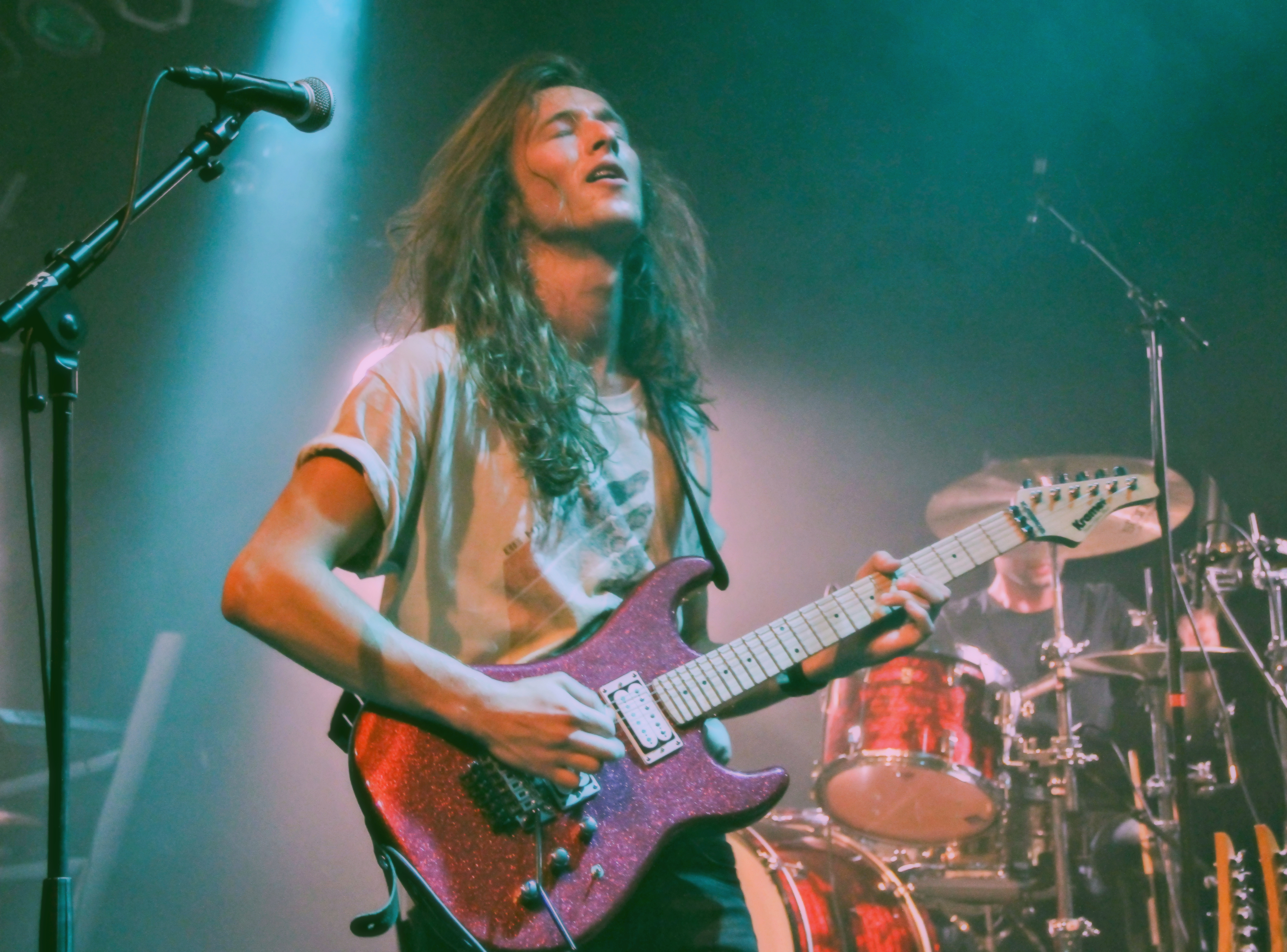 Baggio, 21, who grew up in the Netherlands has been making waves in international music since his first performance at age 7. From writing several radio and television commercials and co-producing another artist, he has done tons of activities in the music industry. In 2013, Baggio and his publisher at VINCO-BME founded Poromo Records based in the Netherlands. With all this success in Europe, he is looking to make his music known in America. He is a European artist, musician, and producer with a knack for rock and roll beats and smooth vocals.

In 2016, The Voice asked Baggio to be a part of their Blind Auditions, and he didn’t disappoint. Within seconds of his take on “Does Your Mother Know by Abba,” all four judges simultaneously hit ‘I Want You.’  Which comes as no surprise, since his inspiration comes from big-name artists such as Huey Lewis and The News, Bryan Adams, Ariana Grande, Charlie Puth, Shawn Mendes, and many more artist that strive to produce amazing hits. Not only is his inspiration huge, but his personal drive and talent have him taking the world by storm.

Although he made his first musical competition appearance back in 2016, he recently released his debut EP, Made In My Bedroom, on April 11th. Drawing his musical vibes from the 1980s through present hitmakers, Baggio releases the new era of music with five songs which come after single releases throughout the years. Every tune was written, composed, recorded, mixed, and produced by Baggio himself in his home studio.

Even though this is a Baggio original EP, he gives credit to the following people that helped him bring this record to life, “Roger Penkethman helped me out with the lyrics to ‘Tell Me What You Wanna Do With Me.’. Fun fact: ‘Again’ was originally written for Bonnie Tyler! The five-track hit was mastered by Sean Rogers (Luke Bryan, Lady Antebellum, Eric Church, Eric Paslay).”

Pinpointing a specific music genre isn’t the most straightforward task, but every track embodies the classic 1980’s beats with his modern-day lyrical style. Even Baggio admits that the EP doesn’t possess just one genre, “You can call it a pop/rock record if you want, but I call it a Baggio record.” With all that said, let’s dive into the actual music – showing you the thoughts from Baggio himself and myself (a new fan).

Made In My Bedroom EP starts off with a track that will get your feet moving as you sing the catchy lyrics. The perfect introduction to his debut EP release was a no-brainer for Baggio, “I wanted this EP to kick off with the happiest and most up-tempo song,” He says. “I thought it would be a perfect intro! The song is about teasing and curiosity. I really wanna know, and she just won’t tell me. And that’s it actually! Haha!” His inspiration comes heavily from 1980’s production, so the background music comes as no shock as the steady guitar strums starts the first track, “Tell Me What You Wanna Do With Me.” This pop/funk/soul song gives off musical vibes that follow in the dancing tune footsteps of Kenny Loggins’ dance party hit, “Footloose.”

His second track, “Jenny, Jenny,” changes up the tempo as the softer beat matches the personal connection Baggio has to the song, “This song is about an actual event that happened to me with my ex,” he explains. As listeners continue through the song, they will feel the emotion creeping into his vocals. Even though break up lyrics are popular, Baggio puts a timeless feel to the tune as he sings, ‘Baby, I’m gonna spread my wings and fly away,’ and connects to REO Speedwagon’s ‘Time For Me To Fly.’ By putting an 80s spin on his tone, Baggio creates a personal pop/rock/funk breakup ballad for the modern era. Music is a powerful healer, and his words ring true when leaving a toxic past behind, “Like a bird that was locked in a cage who was now set free.”

Heartbreak is never easy, especially when the same person breaks your heartfor a second time. “Again” shows how Baggio “drew the line” in the situation as he sings his heart out on this more mellow letting go pop/rock ballad. Though the melody may be mellow and smooth, he describes the music as “up-tempo and commercial sounding” because listeners can still dance to the track. The soft intro and relatable lyrics remind me of Chicago’s emotional, heartbroken record, “Hard Habit To Break’ especially since both tunes escalate in audio as the words intensify. Broken hearts are a common topic in music, but still, Baggio puts his own spin, on his final farewell to his love from “Jenny, Jenny,” with an upbeat rhythm paired with emotional words. No matter the event, he manages to put a dancing beat to his experience, telling fans that the sun does come back out after a breakup.

Baggio rounds off Made In My Bedroom with a captivating romance tune, “She’s One of a Kind,” that shows the pure nature of a couple’s relationship. A hopeless romantic lead with “nothing to offer his girlfriend but his love” makes this pop/rock tune a lovey-dovey summer romance hit. He dubs the fifth track as the “perfect ending to his debut EP because the happy, love, and summer” vibes that embody the lyrics and music. I agree with him when he relates summer days that never end to the happiness and upbeat tempo that radiates from this record. The final track mixes the feel-good sound in “Summer of ’69” with the heavy emotional connection in “(Everything I Do) I Do It For You” both by Bryan Adams, producing a new song that makes you want to dance and spread love. Baggio echoes that with a perfect description, “It’s also a ‘hop in the car with your girl and drive away, and don’t stop’ kind of song.”

Baggio is a European artist, musician, and producer with a knack for rock and roll beats and smooth vocals. Widely known in the Netherlands and European areas for his pure talent, he is looking to expand his music to America. A love for all things for the 1960s to Present Day music in the states, he hopes to show the Americans just what they are missing.

Tour Dates, Merch, and more available on his website.